So, I’ve decided that the long dry spell of my blogging ought to come to an end, for better or worse. Therefore, I’m writing this post.

Be forewarned, I’m starting this post without knowing at all where it will end up.. so here goes.

Today is the second day of my weekend and although I’ve had two days of rest I find myself absolutely exhausted. I’m not sure the combination of conditions that make this so, but it’s true. It’s more than a lack of sleep; being here I think just makes one tired. I could explain further, but I’m not sure it would make sense to all of you (assuming that there are people who will actually read this). I could attribute it to the phase of year that we’re in, the transition of summer to autumn, the stresses of the job, my gross inability to accomplish what I feel like I ought to, or a variety of other things.. but they would be just wide of the mark.

Anyway, to be honest (and most of my colleagues here might call me foolish.. but hey, it’s my blog) the living conditions here, while difficult are somewhat easier than I expected. The room I have to myself is bigger than my dorm room at ORU, I have a nice office and a great boss, we have a private cook(s) here that prepares two meals a day, 6 days a week, a housekeeper, a good shower, and numerous other blessings I wasn’t anticipating on arrival. The biggest difficulty is the restriction of movement. Due to obvious security reasons there is a limited amount of places where we can go and the list gets shorter when things get hotter in the city than normal. However, I’m thankful for our security manager here who has had every reason to chew me out on numerous occasions but has spared me thus far. Life is good, hard, but easy things just get boring.

Some things that have been on my mind lately… 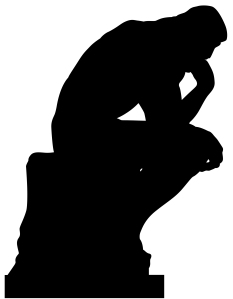 “Arthur” by Steven Lawhead. The story of how King Arthur became King, defended Britain from this or that enemy, etc. It’s an excellent piece of writing and I recommend the whole series to anyone who likes good literature.

Maybe I have an over romanticized view of that period, but I can’t help but be a little envious of the simplicity of those times. Sure, certain things about that time would be monotonous, boring or just plain awful, just like any other time. But, depending on where and to whom you were born, life was already figured out for you. If you were born to a farmer, blacksmith, shipwright, nobleman, etc., that’s what you would be. Also, if you were born a male to a noble family (as I’d like to think i would have been, those are the best stories) the ways that you would prove your worth are very simple. Practice with weapons, horses, and hunting… take your father’s place as battle chief of your clan when you got older, earn respect and honor in battle and in ruling well, or die trying. Either way, you figured it out or it was over anyway. Simple, elegant, a bit barbaric, but beautiful. Sometimes I can’t help but think that I was born a thousand years too late.

I relish the stories of heroism, chivalry, honor, and bravery. Then, I get snapped back to reality and I look around my world for a chance at that kind of greatness. It’s difficult to see the same opportunities for valor in the modern world and sometimes I get so sad (not depressed) that I don’t live in those times that it’s hard to think of anything else. I think a certain desire for greatness is placed into every boy and is shaped and fine tuned as he becomes a man. Unfortunately, I believe that in many it gets warped and mangled into the desire for material success, sexual conquest, or hopeless latency (or all of the above). I’m not going to say that the modern world has deprived us of opportunities to relish masculinity, but it seems like it has made the opportunities harder to recognize.

I, myself, feel the pull to be an influential man in one way or another during the course of my life and am quite often severely disappointed in the ways that are available to me to do so. Politics is slightly less revolting to me than other ways and therefore has become my chosen path. The days are gone when men won renown on the tip of a sword or a spear, so much now is won on the back of boring rhetoric and empty promises. In so many environments honor has been replaced with political posturing and pandering, integrity with cold pragmatism, and altruism has become more of a style thing than a lifestyle. Part of me wants to change the system so badly but then recoils at the mountain range of work that would have to be done to even change one heart.

I do appreciate my social mobility but, as stated before, sometimes it would just be nice if my life were simply laid out for me and I understood what all the next steps would be. Meh, I live in the time I do for a reason, and that reason is revealed little by little as the timing is correct. I’ll live with what I have, be content, and do what I can to leave this world better than I found it.

And truthfully, though I miss lots of things from my passport country (more the people than the luxuries), there is really no other place on Earth that I would want to live at this point in my life. This is my biggest comfort and reason for my greatest hopes, for I have learned the secret of being content in all circumstances.