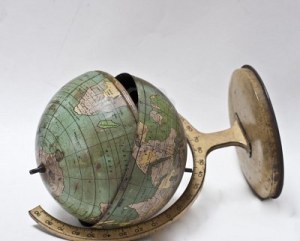 It’s 12:18am, March 8th, as I begin to write this. There are a lot of thoughts rolling around in my head so I’ll articulate them the best I can.

I’ll start out with an analogy. Today, the “new” iPad was announced. Among all the cool new things it’s capable of, the iPad can now have 4G speeds of 73 megabits per second. While cool, that means when you buy your $30.00 a month data plan from Verizon or AT&T, and if your iPad is running at maximum capability, you’ll burn through your data in about 6 minutes. Yes, 6 minutes. So, what does that have to do with what I’m talking about?

Well, let’s say the iPad is representative of the world market economy. Amazing capabilities, lots of potential for amazing growth and usage, but the framework on which those capabilities depend has been surpassed and is incapable of letting the global market do it’s thing. The framework on which a stable global economy depends is a stable global network of governments which, due to bureaucratic process, lack of policy continuity, and volatile global politics just doesn’t have the bandwidth to support the market. Governments have lost the ability to create laws which can adequately allow the market to continue in its current form, multinational companies have a new kind of sovereignty that the world has never seen before. Forget about control, multinational companies are not accountable to any one government or organization and have the flexibility to relocate and shift their business elsewhere if a government gets too pushy. (And, no, I’m not promoting a one world government solution, give me credit for not being quite that absurd.) There has to be a degree of control (not total control, but yes, some regulation) by governments or else companies can (and have somewhat) become a sort of governing body in their own right. Governments now have the increasing capability to be held captive by companies who know how to use their economic leverage (not to mention simply buying off or even lobbying governments to get their way).

Now, for a moment, let’s look at the current state of global affairs. The big three emerging economies, China, India, and Brazil have all revealed growth numbers for their economy that are less than expected, showing (at least for the year 2012) that there could possibly be a wider economic slowdown in burgeoning economies, and therefore the global economy. Also, few people understand, that tomorrow Greece could go into default of its sovereign debt if the EU’s investors do not approve of this bond swapping deal. If Greece does not default, there are still other EU members to be worried about. If Greece does default, we could see a full-scale meltdown of the Euro. Which leads me to the US. Tuesday saw one of the largest sell off days in the US stock market that has been seen in recent history because of the volatility of the Greek situation. If the Euro fails, we could see the Dow drop 1,000 points in one day, so much for 13,000. (A weak Euro could, in the long run be good for the US because the dollar would once again be the strongest currency in the world, but that’s beside the point). Africa, while it has a lot of potential, is going nowhere fast. The Middle East is a tinder box of volatility and instability, which could very soon have even more nuclear tinder to add to the potential disaster (if Iran gets atomic weapons, who else do you think will want them? EVERYONE).

Now, looking at all of this, circumstances beg the question in my mind, has liberal democracy reached its breaking point? Can such a process heavy form of government sufficiently govern a system which has passed it by? I don’t know. I hope so. We also need to understand, our form of government, in all its variations, is no older than 230ish years old, a drop in the bucket of world history. Is this liberal democratic renaissance only a flash in the pan? Who knows?

Humor me here, say the worst happens. What happens when resources become scarce? People fight over them. Humor me a little further, what is the only part of the US economy which has yet to be unprofitable? The American war machine. Not just the military proper, there are thousands of private security/military (PMC/PSC) corporations in existence, thousands of which are currently employed in Iraq and Afghanistan. Just saying…. Am I predicting WW3? No. Is there potential? Yes.

The main point of this post is to do two things. Get people’s attention on what is going on around the world and the potential for amazing growth and progress or possible disaster, and to ask the question of whether democracy in its current form can continue to provide the setting needed for continued free-market expansion.